Regular price $88.20
Banisteriopsis caapi, also known as ayahuasca, jagube, caapi or yagé, is a South American liana of the family Malpighiaceae. It is one half of ayahuasca, a decoction with a long history of its entheogenic (hallucinogenic) use and its status as a "plant teacher" among the indigenous peoples of the Amazon rainforest.

Caapi is a giant vine with characteristic 12–14 mm (0.5–0.6 in) white or pale pink flowers which most commonly appear in January, but are known to bloom infrequently. It resembles Banisteriopsis membranifolia and Banisteriopsis muricata, both of which are related to caapi.[2] 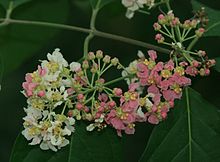 The vine can grow up to 30 m (98 ft) in length, twining on other plants for support

These alkaloids of the beta-carboline class act as monoamine oxidase inhibitor (MAOIs). The MAOIs allow the primary psychoactive compound, DMT, which is introduced from the other common ingredient in ayahuasca Psychotria viridis, to be orally active.

The stems contain 0.11–0.83% beta-carbolines, with harmine and tetrahydroharmine as the major components.[4]

Alkaloids are present in all parts of the plant.[2]

Transport:
We ship this item from Brazil with DHL express, the total price break down, and payment details you will find in our confirmation E-Mail.